Access to training, research, drug discovery and the delivery of life-saving medicines can all be enhanced by the intelligent application of communication technologies and information-sharing platforms.

Lack of access to medical education and training is often perceived as a problem in the developing world, and it’s undoubtedly a challenge for those working to deliver effective healthcare around the globe. But it’s healthcare experts working in the United States, United Kingdom and other developed nations who are the most likely to report the need for improvement.

Among the US healthcare experts who took part in the Sandoz Healthcare Issues Perception Study, 93% reported the need for better medical education. In the UK, there was universal agreement that more could be done — and it’s an expert based in London who is at the vanguard of this change.

The immersive technology that has transformed gaming will also be a game-changer in advancing access to medical education, says Professor Shafi Ahmed, the surgeon who performed the first virtual reality surgical procedure, which was viewed globally by using an app and virtual reality headsets. More than 55,000 people in 140 countries downloaded the ‘VR in OR’ app to watch — live and in 360° detail — as he removed cancerous tissue from the bowel of a 68-year-old man being treated at the Royal London Hospital. Since the surgery, which took place on April 16, 2016, many more medical students and trainee surgeons have viewed this and other procedures via Medical Realities, the company Professor Ahmed founded with augmented-reality entrepreneur Steve Dann.

Professor Ahmed is quick to point out the limitations of this process. “Virtual reality surgery will never replace hands-on experience, and nor should it. But it does give students experience of being in the operating theater” before they need to operate on a real human being. “It gives us the ability to disrupt conventional surgical teaching, reach a wider audience, and make high quality medical training more accessible around the globe,” he adds. Through this process, for example, thousands of medical students can be trained by someone in Harvard, or in London, or in Rome. “With a smartphone and a 3G or 4G connection, we can teach anything, to anyone, anywhere in the world,” he says. This gives students access to training by world-leading surgeons and accelerates the use of new techniques and procedures.

Within a few years, Professor Ahmed believes that haptic feedback — the technology that makes a mobile phone vibrate when you tap an icon — will be inexpensive and accessible enough to allow students and trainees to experience the sensation of surgery as well as the sights and sounds. Perhaps more importantly, this digital technology allows specialists in different parts of the world to collaborate: specialists can enter an operating theatre to give a second opinion during a diagnostic procedure, or they can guide a less experienced colleague through a complicated or unfamiliar operation.

While this is already a reality, Professor Ahmed believes we are only beginning to tap into the potential of virtual reality surgical training and medical education. “Surgeons are, by nature, innovative,” he says. “Now, we are getting experience from gamers and applying it to medical technology to develop new learning apps, platforms and interfaces. In two to five years we will bring together the triad of photo imaging, tactile feedback and CGI [computer- generated imagery] to create much more lifelike simulations.”

His vision of this future is extraordinary. “You will have a virtual body in front of you, and using haptic gloves you will be able to pick up a scalpel and feel it normally. When you make a cut, you will see the incision and feel the texture of the tissue. Ultimately, people will be able to use VR to carry out operations and train themselves through virtual operations. That would be our endgame.”

Professor Shafi Ahmed, Royal London Hospital in the United Kingdom. He performed a surgery in 2016 that was viewed by 55,000 people using virtual reality headsets.

Virtual reality is no longer just for gamers; it is a powerful tool for developing medical and surgical skills.

With the SMS for Life program, malaria medication is available when it is needed, here in Zambia.

However, he adds a caution. “The more hardware you add, the less equitable it becomes. At the moment the cost of the experience can be very low, using a smart phone, an app and a Google Cardboard VR headset.” Access to virtual reality procedures and learning modules on the Medical Realities website is free. These materials add to a growing number of resources such as Massive Open Online Courses (MOOCs) and open access journals that are expanding and enriching access to medical information.

David Knutson, senior communications manager for the peer-reviewed Public Library of Science (PLOS) says open access avoids duplication and accelerates learning, particularly in niche or neglected areas of investigation. “Research is built on working on other people’s discoveries,” he says from PLOS’s San Francisco, California headquarters. “So we have to make the access freely available, as quickly as possible, so others can build on it.” Virtual reality, MOOCs and ever-increasing access to data is leading to an information surge that would have been unimaginable in recent memory.

We do not pre-judge the science. The cream will rise to the top.

One reason for this is that the differences between open access publishing and traditional print journals reach far beyond the accessibility of information. “Subscription journals have a group of editors who decide which manuscript is ‘important’ or will sell subscriptions,” Knutson explains. “They are looking for breakthroughs.” Unlike traditional publishers, who produce printed journals, online platforms are not constrained by the number and length of papers they can disseminate. This means a vast volume of data is being published. But Knutson adds, “The cream will rise to the top. At PLOS One, the largest journal in our portfolio, we do not pre-judge the science. We still go through some technical and ethical checks, and, if it is technically sound science, we will publish and let other scientists have the chance to say, ‘Wow I am going to use this’.”

The Open Source Malaria project (OSM) takes data-sharing a step further. This virtual laboratory brings together a global community of scientists, researchers, academics, university students and even school children to discover and develop new medicines to combat a disease that kills more than 430 million people a year.1 By tapping into so many inquiring minds, digital technology is democratizing research and opening it up to those who would previously have been barred by geographic, economic or other societal constraints. 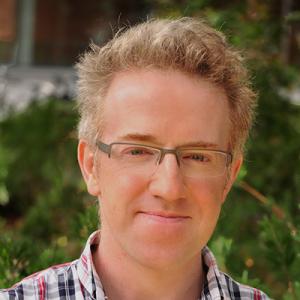 Enabling access to information exchange: Professor Matthew Todd at The University of Sydney in Australia has developed the Open Source Malaria project (OSM), where participants share data and findings on fighting malaria.

Created by Matthew Todd, a professor at The University of Sydney in Australia, OSM is a massive open-access collaboration that includes a database of target molecules. Participants can share daily updates on their findings using digital laboratory notebooks, and they can create ‘to-do’ lists of tasks to undertake. Online forums and discussions enable the rapid exchange of ideas and information and provide the opportunity for participants to suggest new avenues for investigation. This approach, which allows anyone to participate and contribute to intellectual inquiry, applies the open-source structure that gave rise to transformative tools such as Wikipedia and Firefox to the discovery and development of new medicines.

The unique OSM collaboration has been recognized by the Accelerating Science Award Program [ASAP], a celebration of science sponsored by 27 global organizations including PLOS, the Wellcome Trust and Google. OSM has also published its first paper — open access, of course — which built on previously published work from a pharmaceutical company, to advance understanding of two groups of highly potent antimalarial compounds.2

Malaria was also the initial focus for SMS for Life, a Novartis initiative that uses widely available text technology to improve access to medicines and reduce the risk of stock-outs. As Program Head, Marcel Braun, explains: “In many developing countries, the biggest challenge is not getting medicines into the country, but knowing where they are and getting them to patients at the right time.”

SMS for Life addressed this by using weekly texts from health workers in the field to collect disease surveillance data, monitor reserves of antimalarial medicines and trigger alerts to central depots when supplies were running low. And because Government officials and other stakeholders could see, and trust, the data, shortages that had taken weeks to resolve were being filled in a few days. “Its simplicity is its great strength,” says Marcel Braun. “It’s not high-tech. It’s based on technology that is already available locally: the mobile phone network. This means it’s not dependent on constant electricity or even an internet connection. But by increasing the visibility of medicine stocks, and reducing stock-outs, it has had a big impact on health and life expectancy.”

Since it was launched as a pilot program in Tanzania in 2009, SMS for Life has been rolled out to 10,000 public health facilities in Kenya, Ghana, the Democratic Republic of Congo and Cameroon, evolving from a simple text message system to SMS for Life 2.0 — a more flexible application that now covers vaccines and other diseases such as HIV and tuberculosis. SMS for Life 2.0, which was launched in Nigeria in 2016, also includes on-demand learning modules for health workers and resources to raise awareness of health issues at a local level — but it still runs on local phone networks and uses lean data streams.

“It’s essentially the same underlying idea, to bring visibility into stock management, but it allows us to add complexity, bit by bit,” Braun says. This increased detail could cover the transition of data on expiry dates, or monitor fridge temperatures to ensure vaccines are being stored properly. “My feeling is that different digital health tools and applications will start to grow together,” he adds.

Different digital health tools and applications will start to grow together.

Like virtual-reality surgery pioneer Professor Ahmed and OSM founder Matthew Todd, Braun believes it is simplicity, and most importantly access to information, which will be the biggest drivers for change, education and transformative collaboration between healthcare professionals, providers and pioneering researchers. As SMS for Life has shown, information sharing on this scale can, and does, save lives. And OSM, which is already making headway in its mission to conquer one of the world’s biggest killers, provides a tantalizing glimpse of what collaboration and increased access to information might achieve. As OSM founder Matthew Todd predicts, “Open source will be the norm in scientific research in certain areas in 10 years - there are just so many advantages in collaborating with the world!”

This site is intended for a global audience